This time, I think I want to write the article in terms of the balance of income and living standards. 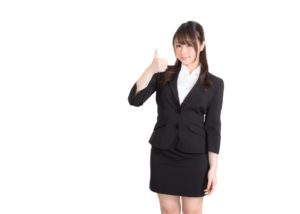 I am 45 years old now (soon 46 years of age) it is, but in fact was a million years broke state until about 40 years old.

The reason was a million years broke, the theater and of the hero show, but there is also the wrestling activity was not profitable, as more of the cause, there was a bad habit of using a little more money than revenue.

Since my main of the building industry is a source of income (Agekasanegyo = landing shop) are doing from 22 years ago, but did not mean income was small, it was always broke state.

And, “earns normally, I say if you send a life commensurate with the income.” When the 39-year-old, was suddenly noticed (laughs)

It should be noted that, in such as one with a lot of dependents, I think the life I have worked to hard-strapped some people.

This article, because it is not a story of people financially life is difficult in such a situation, be forewarned crushed.

too much money’ve seen a lot.
But compared to its proportion, people who have money to spare I think less.

Even people fairly large income, etc. craftsmen of the building site, have sent a life of more than life-level income, it has financially strapped people well.
※ Example: riding to high car much not worth the revenue, Dari live in a high house, etc. or the play-consuming money

But the cost of living in the reverse is small, people with no money to spare too, such particular about income also have fine.

Of course it does not have at all money, but when there is no money to afford, first you have to worry about money when there was something.

It is not only trouble, it will be very great stress.

I have until about 40 years of age, because it was quite a broke state (not a rich man even now), the old days When you are called to the wedding, did not I have to worry about what to do with the celebration cost than feelings to celebrate the marriage .

Besides, even when they become sick or when the injuries, did not I have to worry about medical expenses and living expenses than the worry of injury or illness.

Because now there is a margin than at the time, even if any problems occur, because only have to worry about only the things, became very easy.

In that sense, I think it is better that there is still money allowance.

3. The financially can afford live the life, the two are NG

3-1 people with a treat habit

People with a treat habit more than necessary, financial margin is difficult birth.

Mood and give a treat something to the people is nice, but it is difficult to return to split the bill and would put the once give a treat habit.

I myself You say give a treat and feel in person, but because also result in escalated, give a treat when you have to give a treat to think like the situation at that time and age of the other party.

People with a treat habit more than necessary, “when such is give a treat.” “This kind of time is put out only their own account.”, Etc., it might be a good idea to determine the rules of when to give a treat.

To distress in life too treat the people, I do not think that never good.

Because gambling is very addicting, there is a possibility of using to the required minimum of money, let alone monetary allowance is born.

I’ll be in about 20 years ago, was a gambling addiction as half a year.

I had originally decided not to do is gambling since I was a child, when something of waiting time, will win about 50,000 yen After somehow the pachinko, it has become pachinko addiction in one shot.

“Let’s not right now.” Immediately I thought, but it took half a year to stop still. ※ Even so, I think that people say just quit.

I am looking at the people who love gambling any person, but people who financially can afford is less.

To live life to financially a margin, I think it is better not to gamble.

Is a little aside, my experience on some of the addictive not limited to gambling, I think that it is easier than completely quit reduce.

What is addictive to the contrary, I think it difficult to reduce.

Apart from those who have special circumstances, if the balance of income and living standards, reasonably financially can afford life I would send.

Anyone who currently there is no money to afford, the balance of income and living standards, it is recommended that you try to review.
(*‘∀‘)