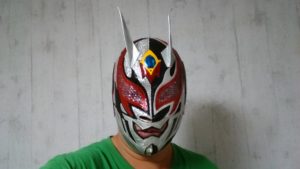 I am acting as a professional wrestler with a ring name called Great Keizer.

It is long at Great Keizer and it looks great at Kaiser (laugh)
I would like to go to Grecais for my blog nickname.

I would like to talk about my career
Born in Kameoka city, Kyoto Prefecture.

In February 1996, in parallel with the management of the character show team (lifting industry = a loading shop) I start a job (on the employment side).
Since then, the unloading work has been going on for over 21 years.

As a self-employed person, independent of events and architectural relationships. I will introduce useful information and my experiences (including failed talks).

I look forward to working with you.

This time, I think I want to write the article in terms of the balance...